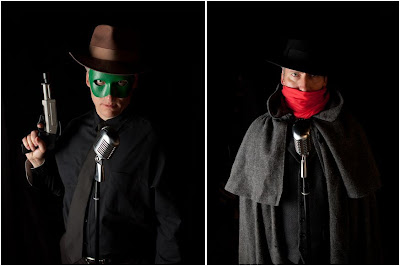 Carlyle Owens as the eponymous Hornet and Shadow, respectively. 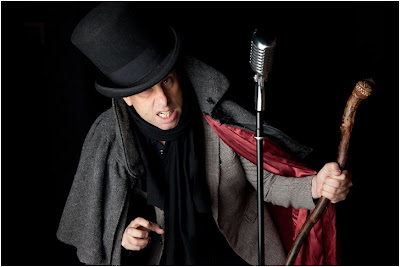 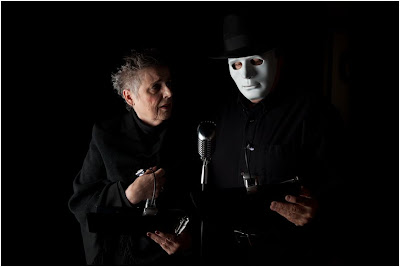 Jane Hardy and Michael Jarmus in The Twilight Zone. 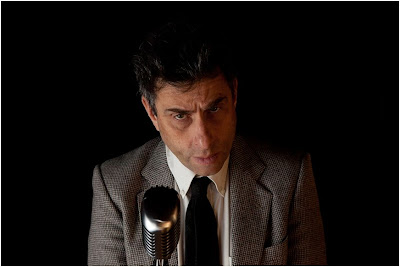 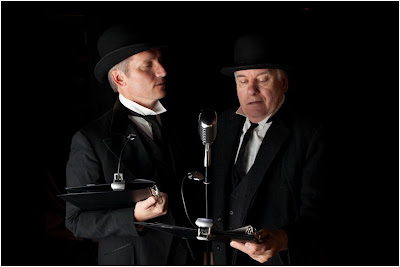 Carlyle Owens as sharp knife Sherlock and Michael Jarmus
as the dyed-in-the-wool doctor in The Final Problem. 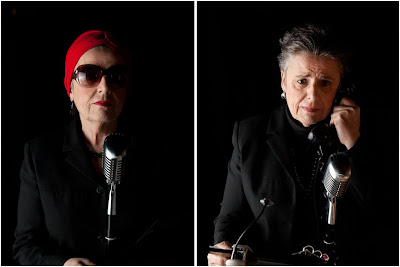 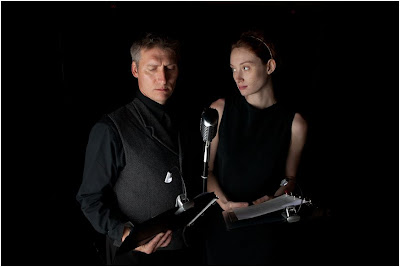 Carlyle Owens as mysterious millionaire Jay Gatsby and
Francesca Tedeschi as the desirous Daisy in The Great Gatsby. 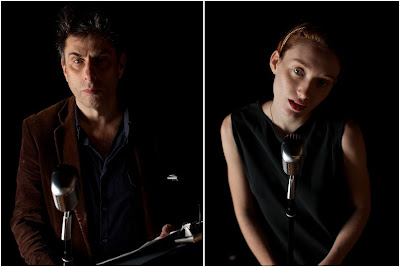 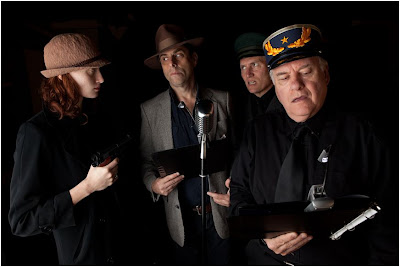 Tedeschi as the lovely (and loaded) Ilsa Lund, Mintz as cynical
saloonkeeper Rick Blaine, Owens as nefarious nazi Strasser,
and Jarmus as the duplictious Inspector Renault in Casablanca. 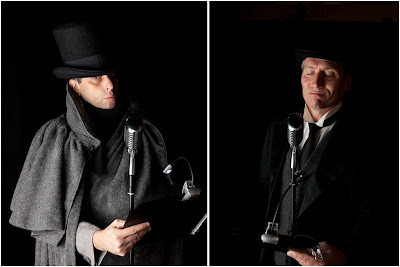 Mintz as Moriarty and Owens as Holmes in The Final Problem. 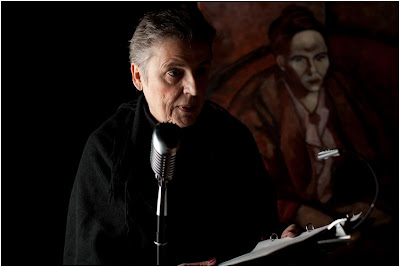 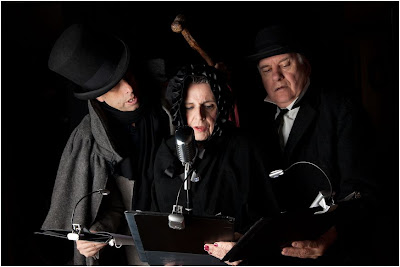 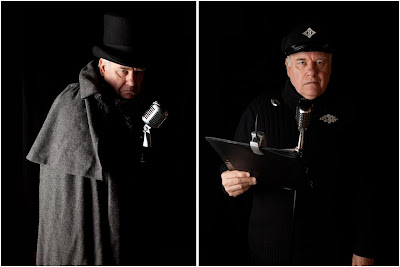 Jarmus as Christmas crank, Ebeneezer Scrooge, in A Christmas Carol
and as Captain Nemo in 20,000 Leagues Under the Sea. 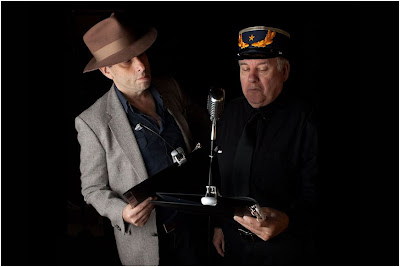 Mintz and Jarmus in Casablanca. 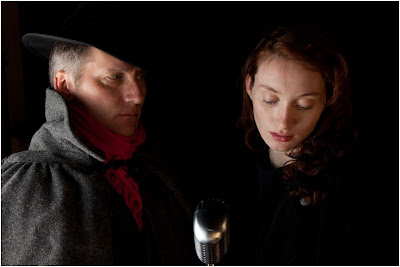 Owens, unmasked, and Tedeschi, as damsel in distress, in The Shadow. 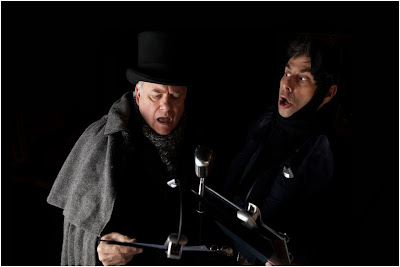 Jarmus as Scrooge and Mintz as mortified moaner Marlowe in A Christmas Carol. 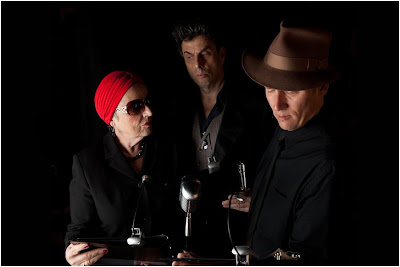